Original Article by Lauren Cohen. Good news for women searching for the fountain of youth: There are quick, highly effective in-office procedures that are kinder, gentler alternatives to going under the knife. As in, this won’t take you six weeks plus to recover. In fact, according to the American Academy of Facial Plastic and Reconstructive Surgery, about 80 percent of board-certified facial plastic surgeons reported an increase in noninvasive cosmetic procedures in 2008. Yes, this means a lot more of the Botox injections and wrinkle fillers you already know about. But it also includes new antiaging injection techniques to lift your cheekbones, eliminate undereye bags and dark circles, and replicate the results of a nose job. [Source: HarpersBazaar.com]

It’s no secret aging brings on a world of change: Cheeks and chins thin, fat pads droop, eyes hollow. “Restoring contours to the face, not eliminating every tiny line, is what makes you look young,” says Brandt. Previously, the only option was multiple facial surgeries and weeks, if not months, of recovery, but now it can be done with just one visit to the doctor. “I resuspend the face with Botox, lifting up the brows, neck, jawline, and tip of the nose and then fill in and replace volume around the eyes and cheeks,” explains Brandt.

Oscar Hevia, a dermatologist in Coral Gables and an associate of Brandt’s, uses Radiesse, a calcium-based filler, injecting it under the eyes and into the cheeks and nasolabial folds. The effects last about eight months and it costs about $850. Here, the most commonly used injectables, which are often used in combination for best results.

Hyaluronic acid Also known as Restylane, Perlane, and Juvéderm. “I love Restylane and Perlane for the tear troughs, cheeks, and jawline because of the volume and lift they give to the face,” says Wexler. And according to Brandt, who also uses Restylane and Perlane, they can have a cumulative effect. Backing up his claim is a recent study that showed Restylane can last up to 18 months with a single maintenance shot. Average cost is $750 per syringe.

Botox “There’s no filler to take care of lines caused by movement,” says Wexler, who uses Botox to freeze the mechanical lines between brows and deep crow’s-feet, as well as to lift sagging jawlines and necks. “If you paralyze the muscles that pull the neck down, then the muscles that pull it up have nothing to oppose them.” Even surgeons agree. Sam Rizk, a facial plastic surgeon in New York, says, “Botox is great for the brow. I don’t like how unnatural brow lifts can look.” Botox effects last about four months, and it costs around $400 per area injected.

“There’s almost no reason for lower-eyelid cosmetic surgery when you can cover dark circles and treat sunken-in eyes or bags with Restylane,” says Kenneth Steinsapir, a Los Angeles facial and eye plastic surgeon. “You get almost immediate results that are as good as, and in many cases better than, what can be accomplished with surgery.” Another advantage? “Fillers allow a level of control that doesn’t exist with other lower-eyelid procedures because it can be adjusted with an enzyme that erases the filler’s effect.”

Steinsapir does admit that fillers are expensive and need to be repeated about once a year, but he is very pleased by the results. “When you combine Botox with hyaluronic-acid fillers, you can walk out of the office looking 10 to 15 years younger.”

Looking for a Holiday Makeover? Our December Specials have what you’re looking for, including an Eye Rejuvenation Package! 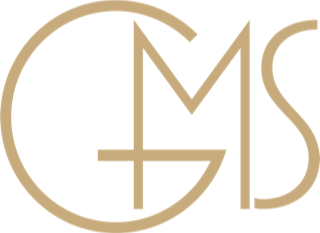